“Joe never said to push further. We just did it, because we all followed his lead. We did it subconsciously, because that’s the kind of guy he was.”
— Ashley Hepworth
Winemaker, Joseph Phelps Napa Valley 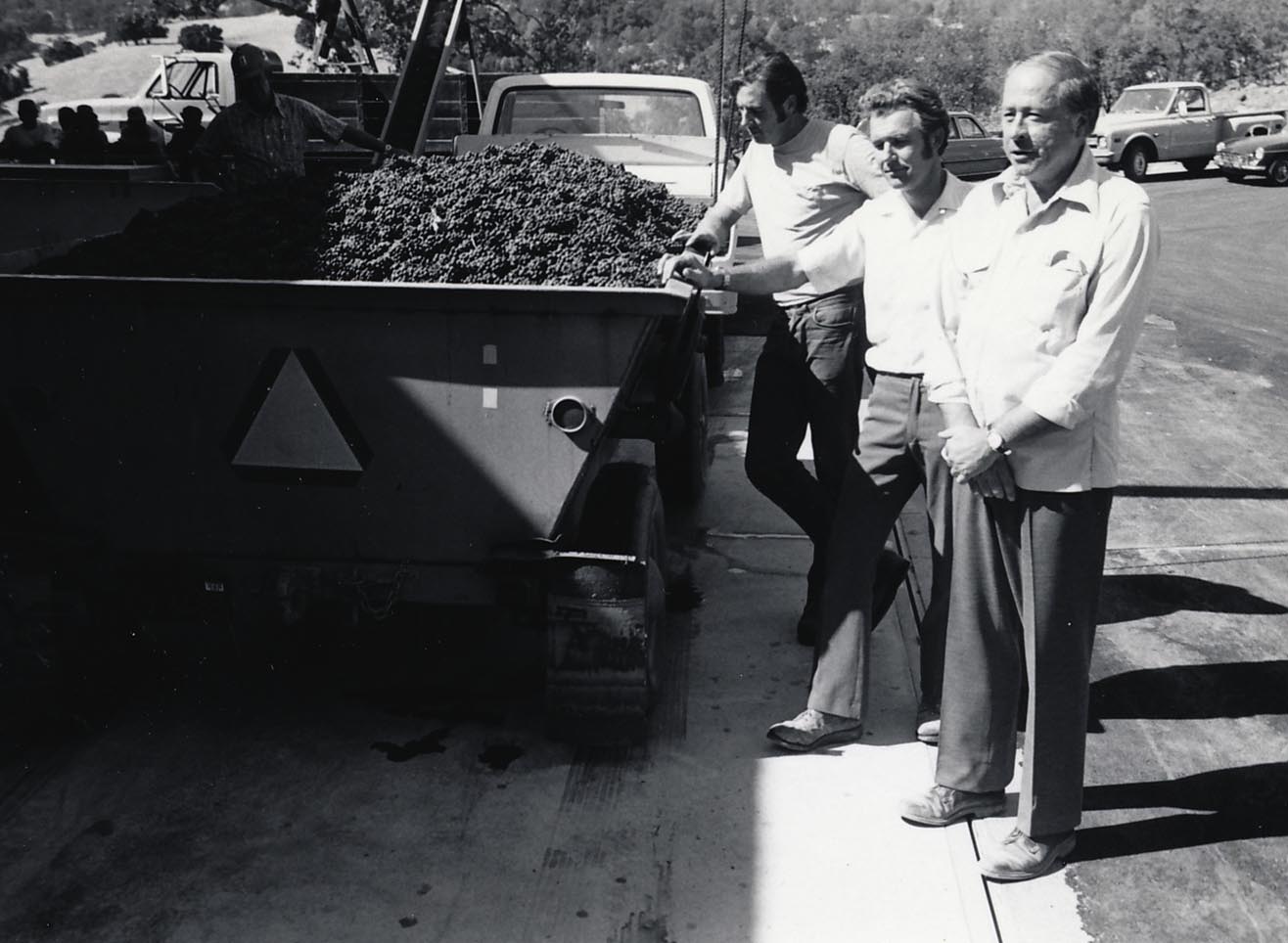 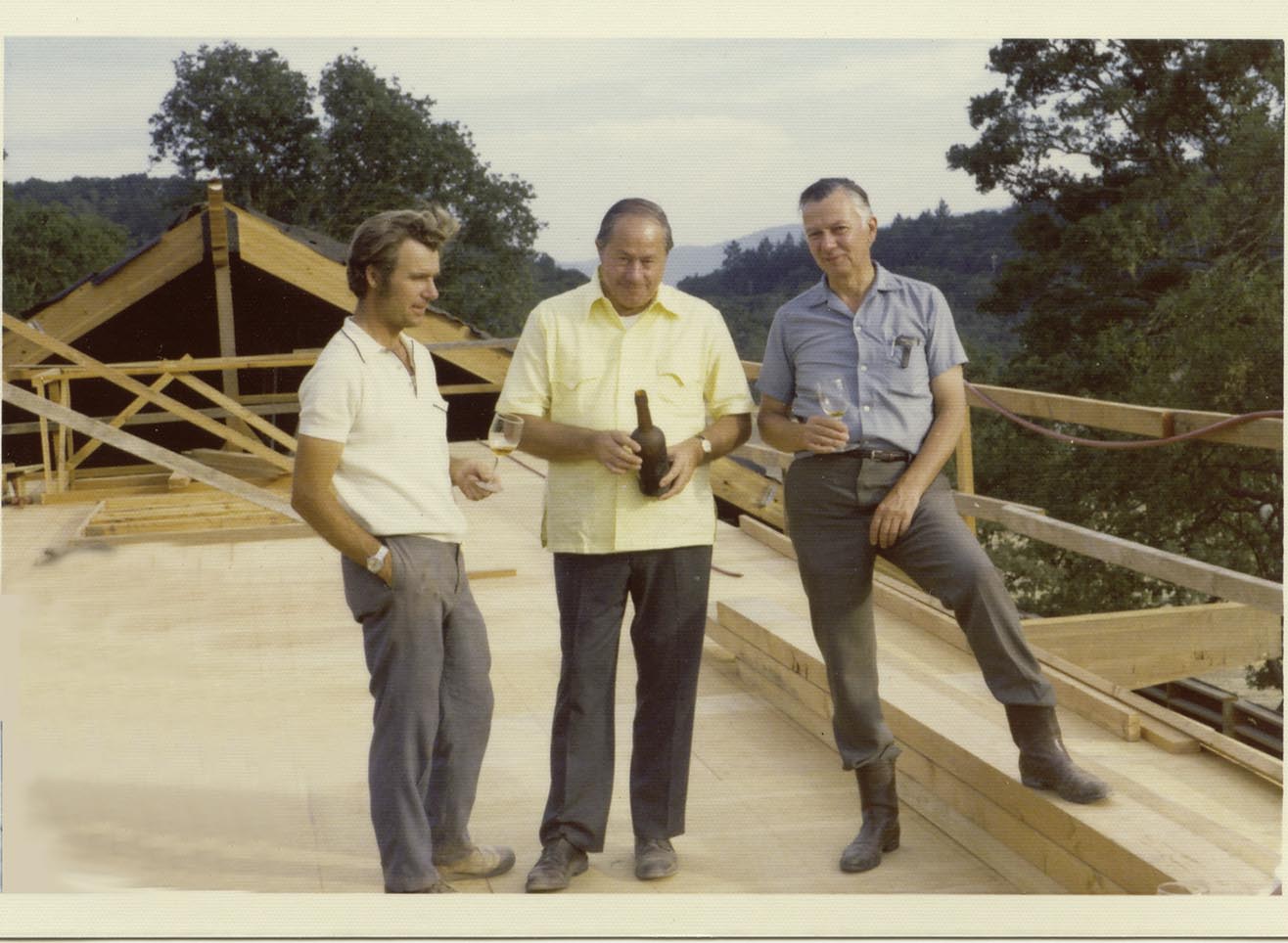 Before Joe Phelps became a vintner, he’d built a successful career as a construction engineer.

In fact, even before graduating from Colorado State University Joe had amassed quite a bit of work experience: as a newspaper carrier, print shop owner, filling station attendant, fishing lure purveyor, surveyor, and estimator. However it was in construction that Joe first made his mark, building the company his father had founded, Hensel Phelps Construction Company, into one of the largest and most successful construction companies in the U.S. in little more than a decade. He continued to lead Hensel Phelps Construction Company well after he established Joseph Phelps Vineyards and hired the firm to build his winery in Napa Valley. Though he sold the firm to its employees in 1986, he always credited his years there for a good deal of the success he found in the wine business. It taught him the lesson that would stay with him, and that he practiced, throughout his life: that success should be shared, and can only come with a team of motivated people working towards the same goal. “At that time we were purists, we were making Cabernet, Pinot Noir. He (Joe) came up in 1974 with his Insignia…what we called Meritage; he was the forerunner of that. He was the forerunner of coming in with Syrah, the real Syrah, from the Rhone. And people realized that here’s someone who has a vision; he helped stimulate us to go in the same direction.”

A leader who shared his successes with others.

When Joe Phelps established Joseph Phelps Vineyards, the fearless vision and gumption with which he’d built his construction company was now focused on the wine industry. He left no stone unturned, learning everything he could about grape growing and winemaking, mostly through trial and error, but also through early associations with people like Joe Heitz, Jack Davies, Louis Martini and Robert Mondavi. He surrounded himself with experts, experimented constantly and applied what he’d learned through traveling, reading and collecting to producing wines that could be counted among the finest in the world. In the early days, dividing his time between the winery and Hensel Phelps Construction Company, Joe worked tirelessly, routinely putting in fourteen-hour days. After he sold Hensel Phelps Construction Company to focus solely on Joseph Phelps Vineyards, he was often the first one to arrive at the winery and the last one to leave. But Joe also liked to enjoy himself, and to share his love of wine, food, and life with his family and the many friends he made in Napa Valley. He cooked and entertained often and liberally opened bottles from his private wine collection. At the helm of Joseph Phelps Vineyards for over 30 years, Joe worked with other Napa Valley vintners on a host of issues and initiatives, generously offering his time and wise counsel. Joe quietly gave back, sharing his success with organizations and people who still feel the influence of his many gifts to this day.

”I’d sometimes worry about Joe Phelps. I’d see him plant a beautiful looking vineyard and about five years later he’d pull the damn thing out and plant something else. The grapes didn’t suit him. He was actively seeking excellence.”

“He built big buildings all over the U.S. But I think if he was here today he’d say he was most fond of building people. He beamed when he saw somebody grow.”

A Story to Teach and Inspire 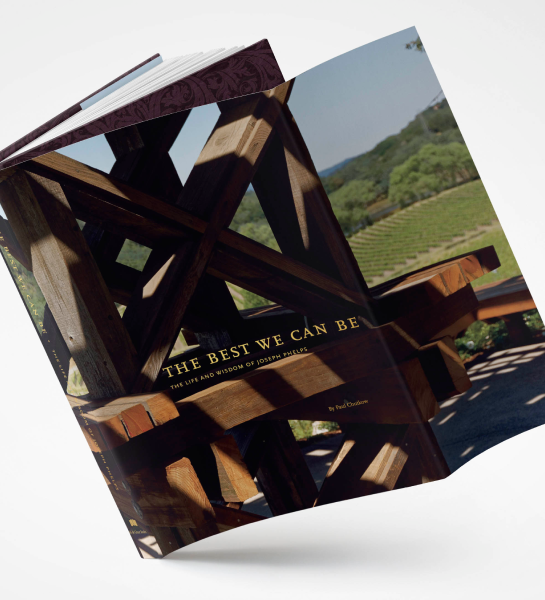 The Life and Wisdom of Joseph Phelps

The Best We Can Be Book

The Best We Can Be: The Life and Wisdom of Joseph Phelps, serves as the culmination of a journey of nearly four years embarked upon by the late Joe Phelps and his children Leslie, Bill, Laurie and Lynn. Together with Napa Valley author and publisher, Paul Chutkow, Joe Phelps set about telling the story of his life in order to teach and inspire others.