An icon begins with a relentless pursuit for excellence. Boundaries are meant to be broken. New adventures come from the road less traveled. Join us as we continue to honor our past while building an exciting future. 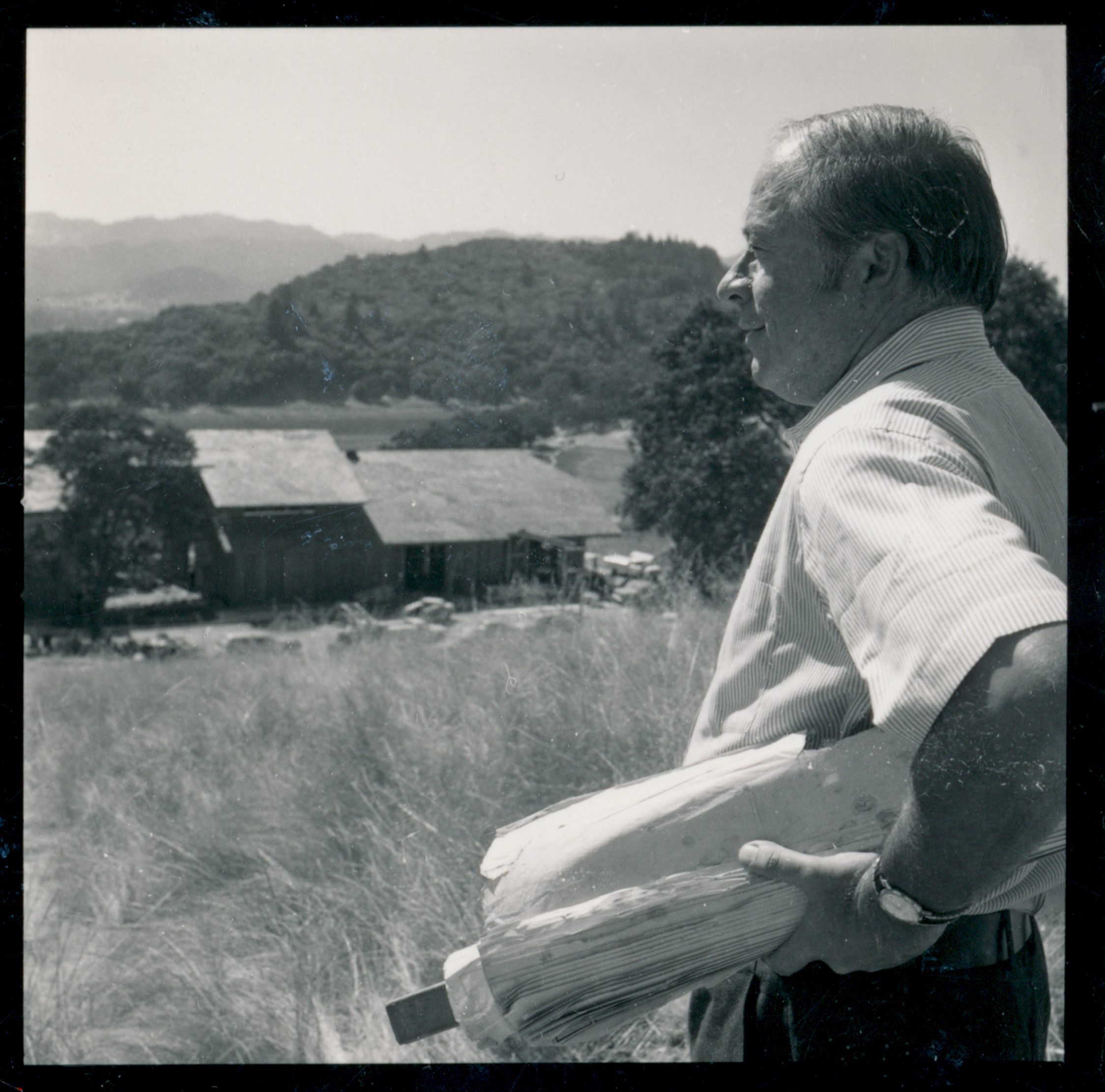 Joe had the kind of attitude we encourage all wine lovers to have: there is no wrong or right when it comes to wine, only instinct.

It began with a vision. A belief in the possibility of something bigger and better – something that didn’t quite exist yet. In the early 1970s, Napa Valley was a sleepy agricultural town on the brink of a fine-wine awakening. Drawing on his construction experience, Joe set about establishing the building blocks of winemaking excellence. 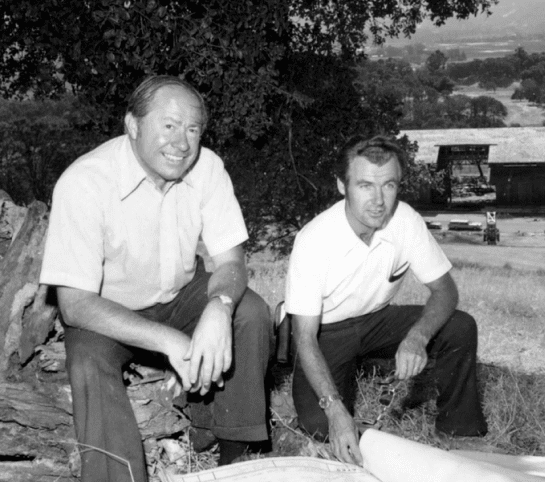 By embedding his no-compromise philosophy deep into the bedrock of the winery, Joe set the framework to push for greatness. In 1974, he had the idea to make a unique blend each year, one that would represent the finest wine he could make from each vintage. He didn’t necessarily think it would always be a Cabernet Sauvignon either. His only thought was to make one wine that represented the best of Joseph Phelps Vineyards. Today, Insignia is widely regarded as a qualitative benchmark for Californian winemaking that has earned Joseph Phelps its longstanding reputation for excellence.

For half a century and three generations, the Joseph Phelps Vineyards team has followed in Joe’s trailblazing footsteps for winemaking excellence, gracious hospitality, and sustainability efforts in our vineyards and wineries to preserve and enhance the cherished region we call home.

Over the years, Joseph Phelps Vineyards has become practically synonymous with ‘Insignia.’ A true visionary, Joe was one of the first American winemakers to see the merit in blending. He proved this when he debuted ‘Insignia’ in 1974. As California’s first proprietary red Bordeaux-style blend, Insignia firmly positioned the winery as a premier Napa Valley producer. Joe chose the name Insignia to represent the finest lots available from each vintage and emphasize the importance of blending as a determinant of quality over varietal designation. At its very essence, Insignia is an emblem of Joe’s foundational philosophy that you have to give your best to craft the best. Almost fifty years later, Insignia is recognized as one of the world’s most iconic wines. The 2002 vintage was awarded “Wine of the Year” by Wine Spectator magazine in 2005, and Wine Advocate has awarded an unprecedented four perfect 100-point scores to the 1991, 1997, 2002, and 2007 vintages. According to Robert Parker, “Insignia remains one of the world’s finest Cabernet Sauvignon dominated blends.”

Add The Latest Vintage To Your Cellar

Juicy and dense with expressive layers of blackberry, raspberry and black currants with captivating energy, length and refinement.

Joe built the winery’s early reputation on Cabernet Sauvignon and Rhône-style bottles, but his winemaking ambitions did not rest there. Today, the portfolio includes both Napa Valley and Sonoma Coast vineyards allowing our winemakers to explore the finest of each region.

For those seeking to delve deeper into the true beauty of the cool-climate Sonoma Coast, our collection includes the Freestone Vineyards Pinot Noir and Ovation Sparkling Wine, as well as single vineyard Chardonnay and Pinot Noir bottlings from our Pastorale and Quarter Moon Vineyards. Recently, the introduction of Proem Pinot Noir and Chardonnay from these two vineyards highlight singular block and clone sections.

The Napa Valley wine range is equally layered and expressive of the terroir. It features Cabernet Sauvignon, Syrah, Sauvignon Blanc, Viognier, and our Delice dessert wine to offer wine-lovers a sweet send-off to the Joseph Phelps Vineyards portfolio.

Members of Phelps Preferred enjoy exclusive access to some of our most limited bottlings, including the flagship Insignia, and Cabernet Sauvignon from Backus Vineyard in Oakville, Proem Pinot Noir and Chardonnay, and Ovation Sparkling Wine. These wines express our winemaking explorations in key vineyard sites and the absolute finest from each vintage. Joseph Phelps was a successful builder in Colorado when he threw himself into wine. After establishing a branch office for his construction company in the San Francisco Bay Area, he began to explore the Napa and Sonoma wine regions. He was particularly intrigued by Napa’s potential.

In 1973, when he first encountered the Napa Valley property that would become the home of Joseph Phelps Vineyards, it was a 600-acre former cattle ranch near St. Helena. According to Joe, there wasn’t a grape in sight, only ‘lots of nice-looking cattle.’

From the inaugural 1973 vintage, three wines were produced at neighboring wineries: Cabernet Sauvignon, Pinot Noir and Johannisberg Riesling. Just one year later, the winery was built and ready for the 1974 harvest, which yielded two wines that would prove to be highly influential in the coming decades. One was California’s first varietally-labeled Syrah – a little-known grape in California at the time. These early experiments with Syrah led to wider interest in Rhône grapes like Mourvèdre, Marsanne, Grenache and Viognier. The other is the now-iconic Insignia, the original proprietary Napa Valley Red Blend.

True to character, Joe never stopped striving for excellence throughout his life. His quest to locate optimal growing conditions for Pinot Noir and Chardonnay led him to the town of Freestone on the western Sonoma Coast. In the late 1990s, Phelps played a pioneering role being among the vanguard of wineries to develop Pinot Noir and Chardonnay vineyards on the Sonoma Coast, followed by a dedicated winemaking facility in Freestone that was finished in time for the 2007 harvest.

A Legacy of Excellence

Joe Phelps left our winery an incredible legacy: estate vineyards in some of Napa Valley and Sonoma Coast’s finest appellations. Today, the winery owns and farms 525 acres of vines across 11 estate vineyards, including St. Helena, Rutherford, Oakville, Stags Leap District, Oak Knoll District, South Napa, Carneros, and Freestone. Strategically chosen over many decades, each vineyard has its own personality and brings a different characteristic to the wines.

Joe’s vision is preserved and protected for future generations. Joseph Phelps Vineyards is proudly a certified Napa Green Winery and part of the Napa Valley Land Trust, with over 480 acres under preservation. 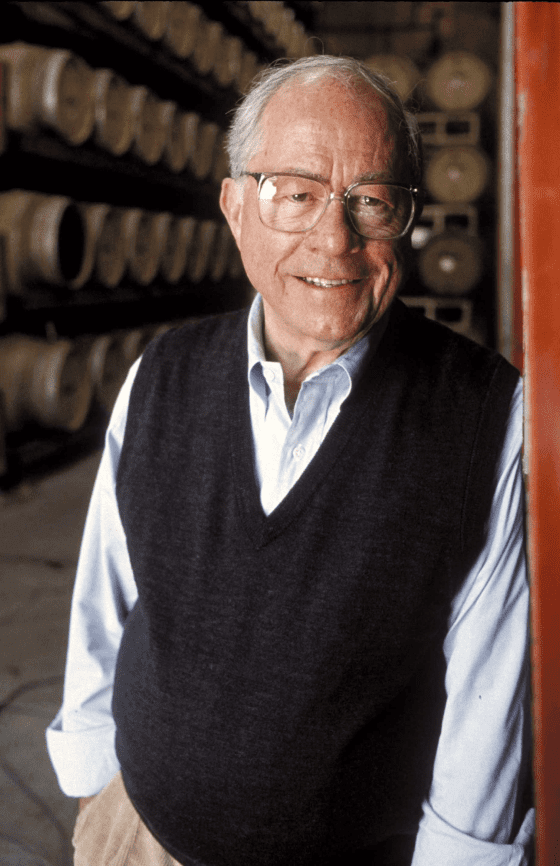